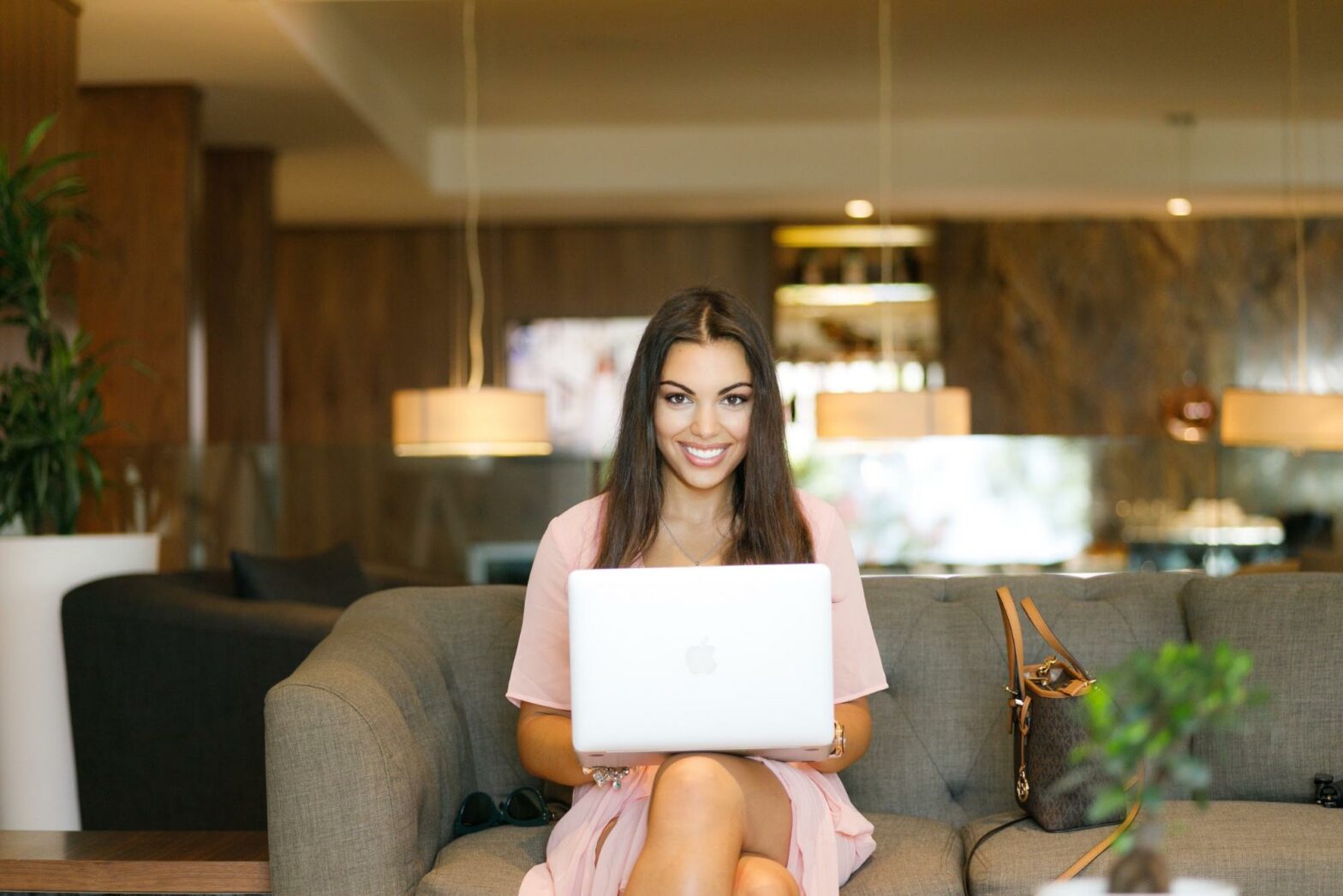 Anyone can call themselves an entrepreneur. It’s not that hard to make a small bit of money this year. But if you want to become a real entrepreneur – the kind of professional who offers world-class products and services, the kind of person who can make enough money to live life entirely on your terms –  you’re going to have to reinvent yourself. You’re going to have to let go of some limiting mindsets keeping you from greatness.

In short: You need to start thinking differently.

As the great writer and author Jim Rohn once wrote, “If you want more, you must become more.” If you want to become a six-figure entrepreneur working entirely for yourself, you need to sacrifice these five things:

One of the most fundamental parts of becoming a six-figure entrepreneur is giving up the outdated idea of safety and security. If you’re worried about leaving your safety net and stepping into the unknown, I have great news for you: There’s really no such thing! Let me explain why that’s a good thing. Money can be taken away (how often have we heard about millionaires going bankrupt overnight?). Millions of people are abruptly fired or laid off every year. Your health could fail. Your savings could evaporate. Let me be clear: I’m not saying this is discourage or scare you. A steady life with a steady job is comforting and familiar. You could go for years without ever encountering any of these disasters. The truth is, your idea of “safety” and security is probably based on limiting yourself with a safety net that isn’t really there. But once you embrace this uncertainty, you’ll be much better equipped to step forward bravely into entrepreneurship and adventure. Give up safety and security, and you can enter into the grand adventure of entrepreneurship. “So, what’s it going to be –  safety, or freedom? You can’t have both.” – Louis Sachar, best-selling author, net worth $10 million

2. Other People’s Definition of Success

“Success” means something different for everyone. Once you understand this, success becomes part of your identity. Only you can define success for yourself. The problem is, most people let others define their success for them. This is a recipe for an empty, hollow life based on impressing others, not actually achieving meaningful goals important to you. If you want to become a truly successful entrepreneur, making six figures and really making a difference in the world, your definition of success must be your own. Only by defining success yourself can you truly unlock the motivation, passion, and energy necessary to achieve that specific dream. I used to have a lot of the generic goals the world kept promoting. Having a lot of money. Having a million social media followers. Getting on the cover of magazines. Having a nice car. But once I finally got serious about my work, I couldn’t help but realize I didn’t want any of those things. Who cares if I’m on the cover of magazines? Who cares if I have 1,000,000 followers? That doesn’t mean anything to me. What did mean something to me was being able to make enough money to quit my horrible telemarketing job and work from home, traveling the world with my wife whenever we wanted. Now that was success. That excited me. That helped me consistently wake up at 5:00 am before my day job to put in a few hours of work. That helped me read 52 books about my craft in 52 weeks. That helped me keep coming back after constant failure. Want extraordinary success as an entrepreneur? Make your dreams yours. Define your own success.

3. Fear of Judgement, Failure, and Rejection

“The worst part of success is to try to find someone who is happy for you.” – Bette Midler

If you post an update on social media saying “I got the job!” you’ll probably get dozens, even hundreds of likes and comments from supporters congratulating you. Everyone can relate to that feeling. But if you post an update saying “I just started my own business!” you might be surprised to see only a handful of well-wishers and likes.  That’s because most people have a hard time understanding and supporting unfamiliar dreams, like entrepreneurship. In fact, you may even receive more discouraging and condescending comments, people asking if you’re sure you want to go that route, that it’s going to be hard and tough, and why don’t you settle for a safe job like accounting or something? But if you want to become an extraordinary, six-figure entrepreneur, you must give up your fear of judgement, failure, and rejection. These are dream-killers. Sadly, most people let others judge their lives this way, even if these people are the least qualified to make judgments. For some reason, broke, unhappy, restless people have a habit of tearing down others’ wild dreams. This is your life; no one else’s. You can only reach your full potential when you stop living to please other people and just do the things you were meant to do. Give up your fear of judgement, rejection, and failure. That’s the only way forward.

4. Thinking You Know Enough About Your Field

“At the moment when we accept our weaknesses and stop deciding to grow, we’re the BEST we’re ever going to be. It’s all downhill from there.” – Ramit Sethi

A world-champion soccer player needs to know more than how to kick a ball well. They need to master contract negotiations, nutrition, brand management, exercise and fitness, public speaking, team leadership, mental fortitude, and a dozen other skills. Once you stop learning, you stop growing. If you want to be a world-class entrepreneur making six figures, you must start learning and growing more than you’ve ever done before. When I first started blogging, all I thought a successful writing career really required was, well, to be a good writer. Right? But since I’ve built a six-figure writing business as a full-time writer, I’m still surprised to see how many new skills besides “writing” I’d need to learn.

…and many more. Crazy, right?

Now, don’t get overwhelmed. It took me a while to learn all these skills. But with each new skill I learn, the better my business becomes. As best-selling author Scott Adams once wrote, “Every skill you acquire doubles your odds of success.” Again –  if you want more, you must become more. Once you think you know enough about your field, you’ll start running into more obstacles and barriers to your success. On the other hand, many people feel frozen by the amount of work ahead, paralyzed by the thought of all that effort. So the last thing you need to give up:

5. Waiting to Feel Ready to Take the Next Step

A lot of people have been stuck in pretty much the same place they’ve been for months, even years, because they’re still waiting to feel like they’re ready. Ernest Hemingway once wrote, “Everyone’s first draft is shit.” I’ve made this a bit of a mantra of mine, because it destroys my tendency to be perfect the first try –  an impossible goal most people struggle with, one that prevents them from making any real progress. Begin before you think you’re ready. If you’re unsure, unmotivated, or just plain confused about what to do next, do something. Action creates motivation. Action creates clarity. Most people haven’t even taken more than a few steps towards their goal; many people are afraid of wasting time and going the wrong way. But when you take action and just begin, you can quickly tell what the right direction is. You might need to correct your course, but this is how you can make real progress, very quickly. One of my superpowers is that I’m not afraid of looking stupid anymore. I spent years afraid of looking silly and making an embarrassing mistake that might make people laugh at me. Not anymore. I decided to take decisive action, and just move forward. I’ve made mistakes, sure. But I also make six figures, work for myself, and can travel the world with my wife because I make my own hours. It’s scary to move forward and take action. But action brings clarity and motivation. Start before you’re ready; it’s the fastest way to learn.

It’s easy to call yourself an entrepreneur, expert, founder, or guru. Many people have those tags plastered all over their resume, social media, and business cards. It’s another thing to actually be a world-class entrepreneur, and to actually make enough money where you can truly live life on your own terms. Ultimately, the biggest factor that determines whether you’ll succeed as an entrepreneur is if you’re willing to sacrifice the things holding you back. Maybe it’s fear of failure or of letting others down; maybe it’s fear of someone leaving a really mean comment on your hard work. But if you’re willing to sacrifice, you can become world-class at what you do –  and make the money to show for it.